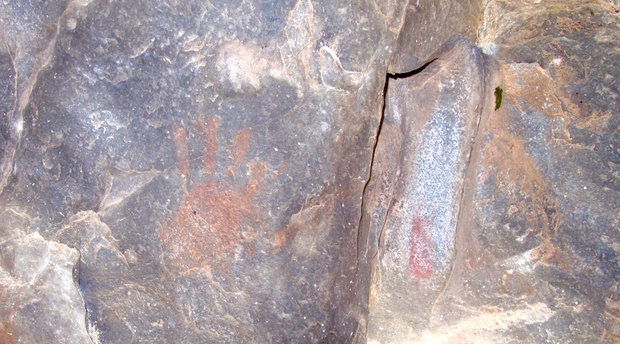 Who lived in the Knysna forests before colonial exploitation of the timber began in the late 1700s?

Plentiful evidence exists for the presence of humans in the Knysna area going back to the Earlier Stone Age (see – ‘An Earlier Stone Age site exposed by fire reveals evidence that people have lived in Knysna for well over 300,000 years’ – ‘Knysna’s [90,000 year old] fossil hominin footprints’ – and – ‘Middle Stone Age archaeology in Knysna’), but the question of whether anyone lived permanently in the Knysna forests, and systematically harvested their resources, isn’t easily answered.

Local experts such as Professor Emeritus at UNISA, Michael de Jongh, author of ‘A Forgotten First People: The Southern Cape Hessequa’(amongst others), and conservationists like the Garden Route National Park’s GIS and planning scientist, Johan Baard, point out that the forest environment is neither a pleasant place for people to live in, nor conducive to the needs of either the hunter-gatherers or the herders who populated the region before the arrival of the colonists.

Besides the fact that the forests are cold, damp, and dark, they are also relatively scarce in the edible resources necessary to sustain human communities and (in the case of herders) domestic animals.
This is not to say that humans didn’t utilise the forests in any way: indeed, there’s considerable evidence – including ancient rock art – for a human presence in the world of the trees. But, given the nature of that evidence, it seems that humans tended to pass through the forests on their way to or from the interior, or to enter them from time to time when they needed to, rather than dwelling in them indefinitely.

Caves, shelters, and middens in the Lakes Area of the Southern Cape

To understand the story of early human presence in the Knysna Forests, this article will look at the nature, contents, age, and physical positions of some of the caves, shelters, and middens that have been explored in the Lakes Area of the Southern Cape (Wilderness/Sedgefield/Knysna/Plettenberg Bay), and also in the neighbouring Tsitsikamma Forests.

Read the full Article on the link below